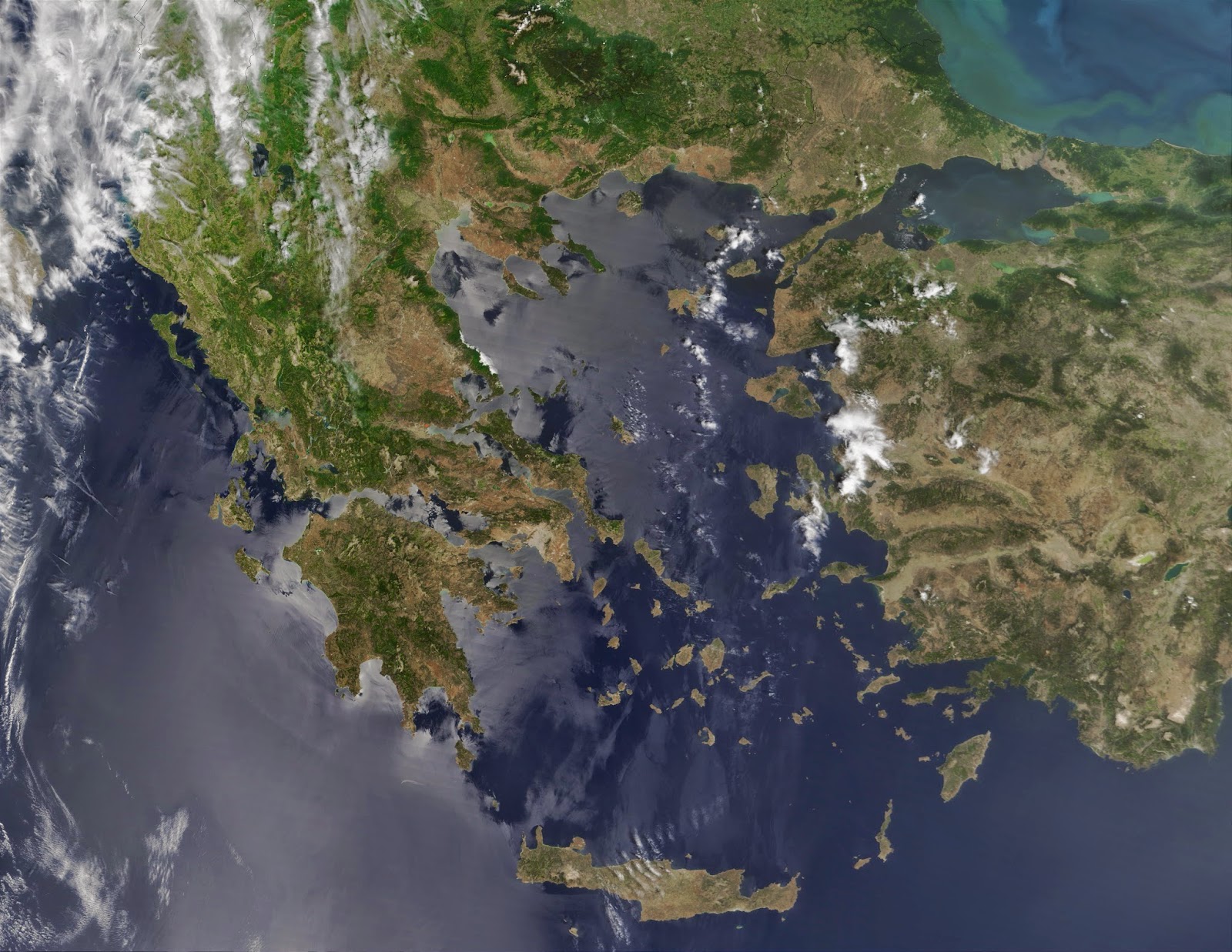 Greece is one country, with one proud people inhabiting it. Who use one language and share one history. And who in the vast majority always had a special relationship with one element. 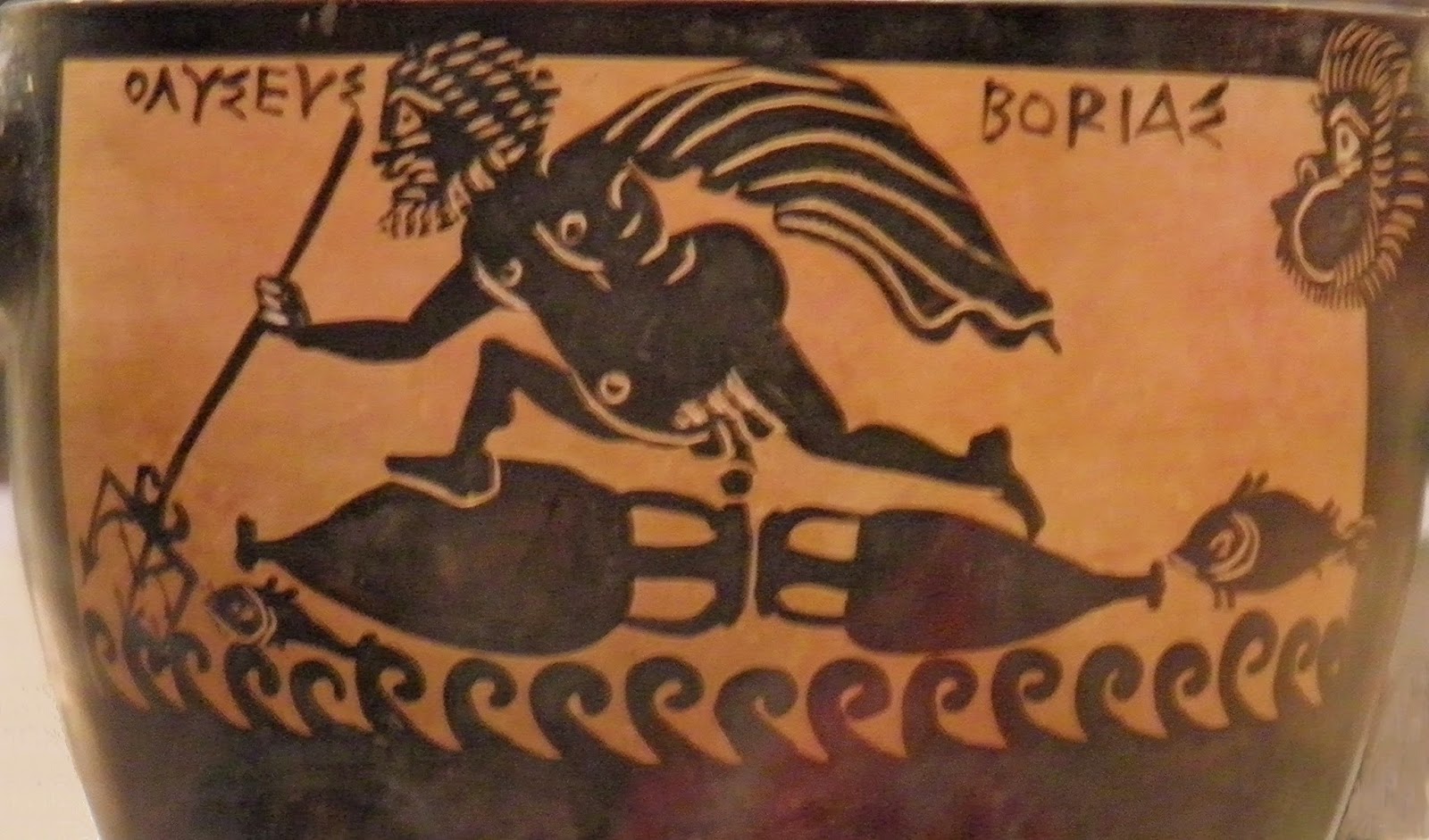 The sea.
And somewhere here oneness is lost and gives its place to diversity.
Diversity. First of all it is not one sea. The Mediterranean, the large ancient sea, is divided by Greece's scattered form of a peninsula surrounded by numerous islands of every possible size. Divided into three large distinct seas, the Aegean, the Ionian and the Libyan. In addition, the extricate pattern of the shoreline forms hundreds of gulfs, bays and coves.
So the underwater conditions are different and localized. Which can also be the case as far as the weather is concerned. Local winds and tidal patterns can vary within a day or mile. 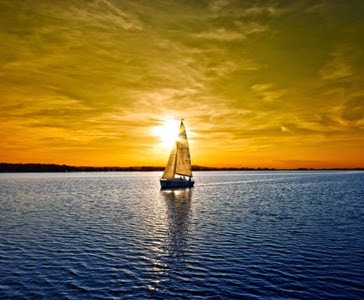 General speaking, the weather in Greece is trustworthy. This means good. You can bet your dime that it will be sunny the next day, almost all year round. Rainfall is low and snow tends to stay in high mountains. Temperatures can fall in the heart of winter down to 2 or even in the minus zone mainly in the mountains. And we have plenty of them.

Mainland temperatures keep mild and when spring time comes heavy clothes go!
This makes sure that besides the time from November to mid April, divers will not have to bear nasty wind or cold outside water. It also has an effect on the underwater conditions. Water temperatures vary from 16 to boiling 27 C in recreational depths. Thermoclines are generally lower as spring turns to summer. 5mm wet suits are excessively used compared to others in the warmest half of the year and dry suits are reserved for winter holiday diving. September, the sea is at its warmest, down to 30 meters and more. 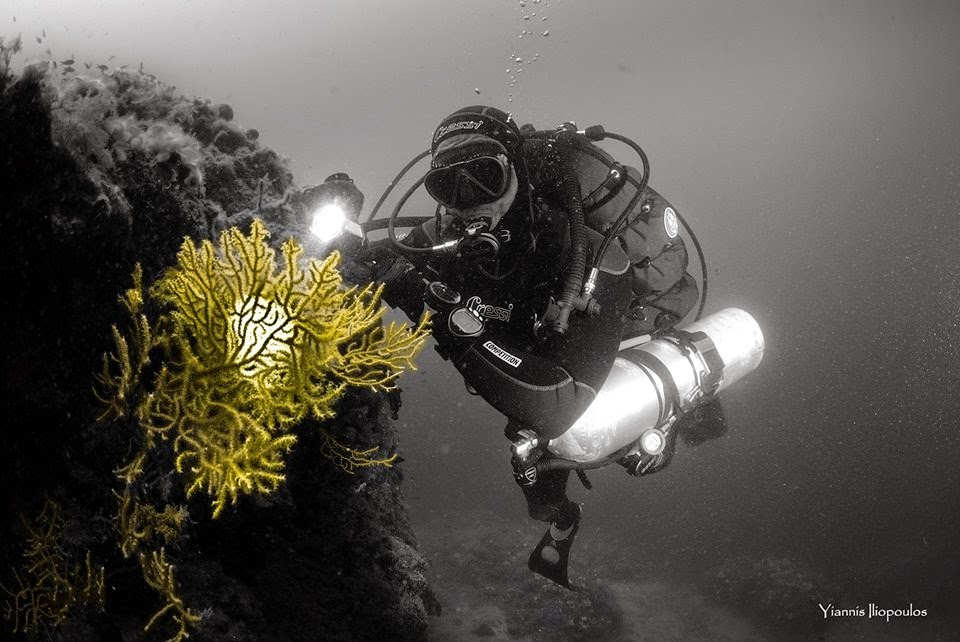 Rocky "mountainous" terrain on the Greek land is a reflection of the underwater environment as well. Islands and peninsulas can be viewed alternatively as the peaks of underwater walls and descending dive sites full of rock formations. Of course these come along with crevices, caverns and holes as well as clear water springs that glitter with sealife. It is common for divers accustomed to tropical destinations to express their awe for the impressive rugged massive stones that pop out of nowhere in the middle of sandy beaches and the intimidating rocky walls full of algae and sea weeds.
However, rocky terrain does not fill the subject and any discussion on diving conditions in Greece cannot but contain a reference of corals. 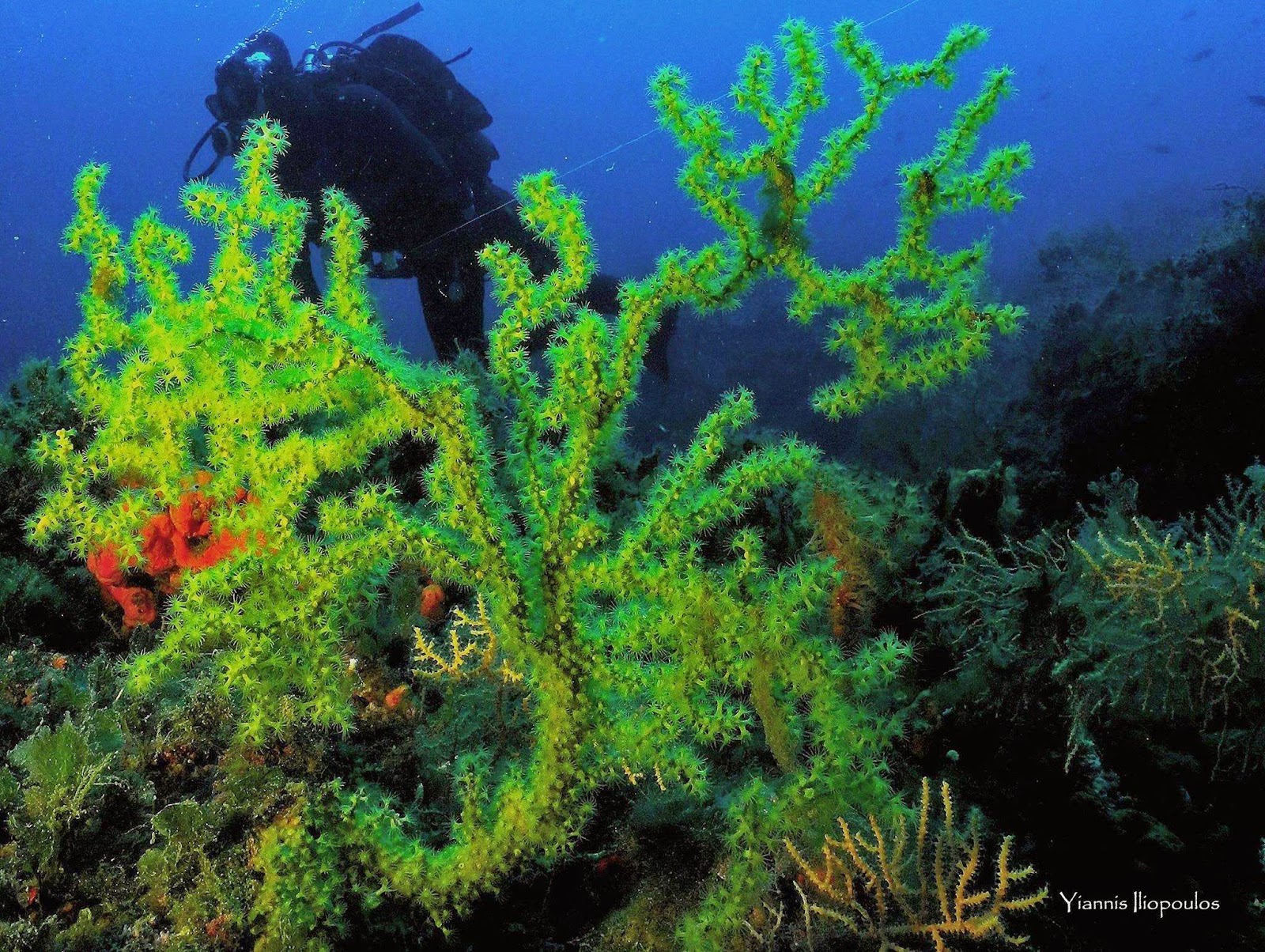 The warm water of the Mediterranean Sea has not been affected by global warming to a degree that endangers coral reefs as much as other tropical habitats. Corals flourish in bays and shores that have been protected from industrial fishing which in Greece has not been developed. They are often spotted competing with the prolific algae for space.

The absence of a major stream in the Mediterranean has two significant consequences for the conditions underwater. First, there are not many or strong currents so drift diving can be limited although coves come in an abundance and cause water movement appropriate for serious fun. The second result is visibility. Less current means less moving nutrients so the water stays clear. You can expect to see clearly in distances of more than 30 meters. 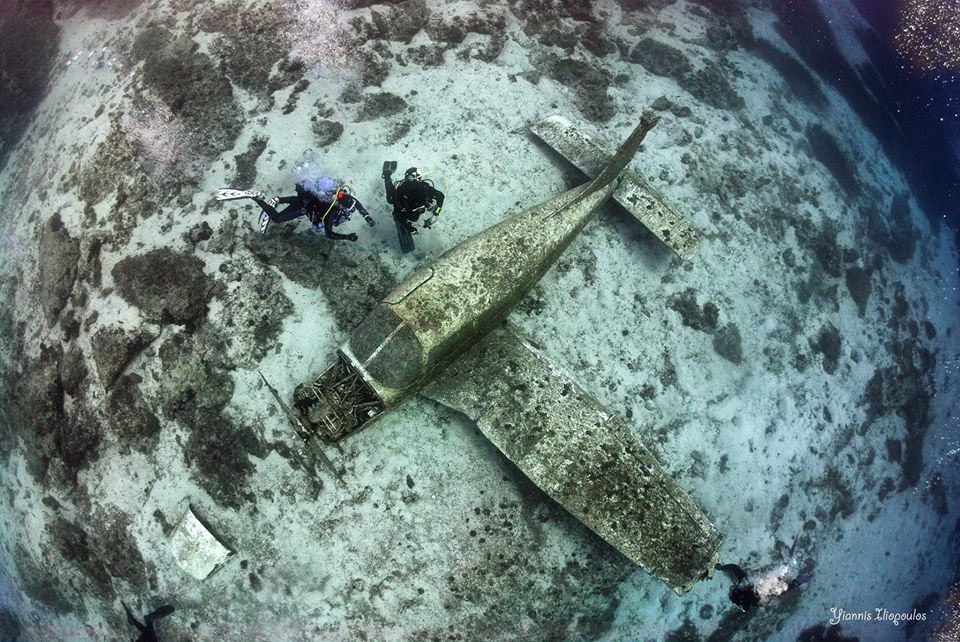 And there is a lot to see. Schools of reef fish swim effortlessly between rocks and precipices which provide protection from predators that raid a site and go on to the next. Pelagic fish are a common attraction and so is a variety of invertebrates. Not to mention that two distinct species of a seal and a sea turtle have chosen these waters as their breeding place.

People have always held Greece connected with ancient history and naval supremacy. And this is true. 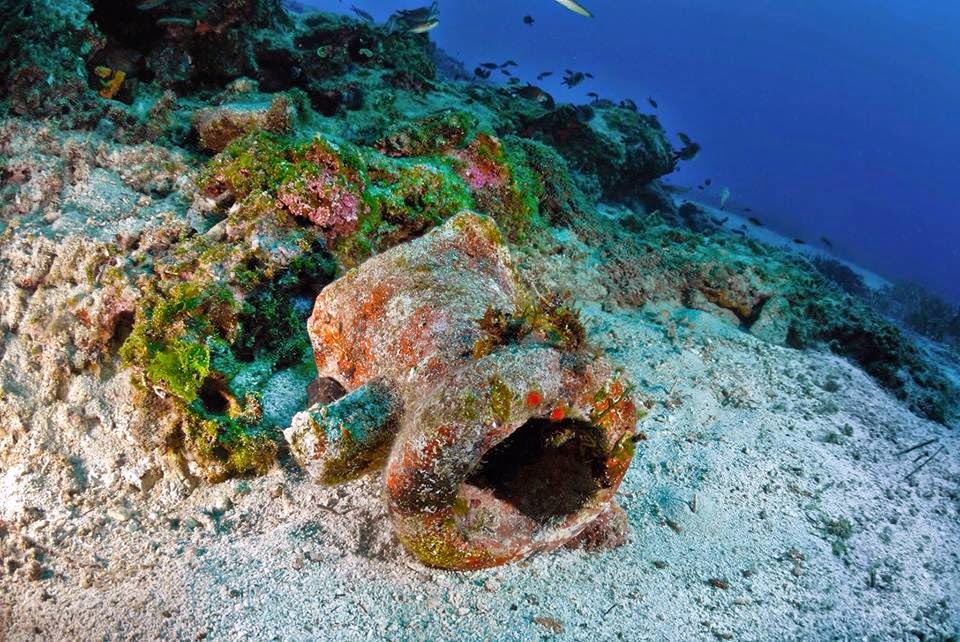 A crossroad of sea travel from the vast Caspian to the Middle East and home to naval battles across the ages, more ships have travelled through Greek seas in the passage of time than anywhere else in the world. And since maritime history has failures among successes, wrecks is an integral part of diving in Greece.

Boats and ships of all sizes in various depths have already caught the attention of divers and are home to artifacts as diverse as amphora and machine guns! It is like an impromptu archaeological treasure hunting every time you dive and this 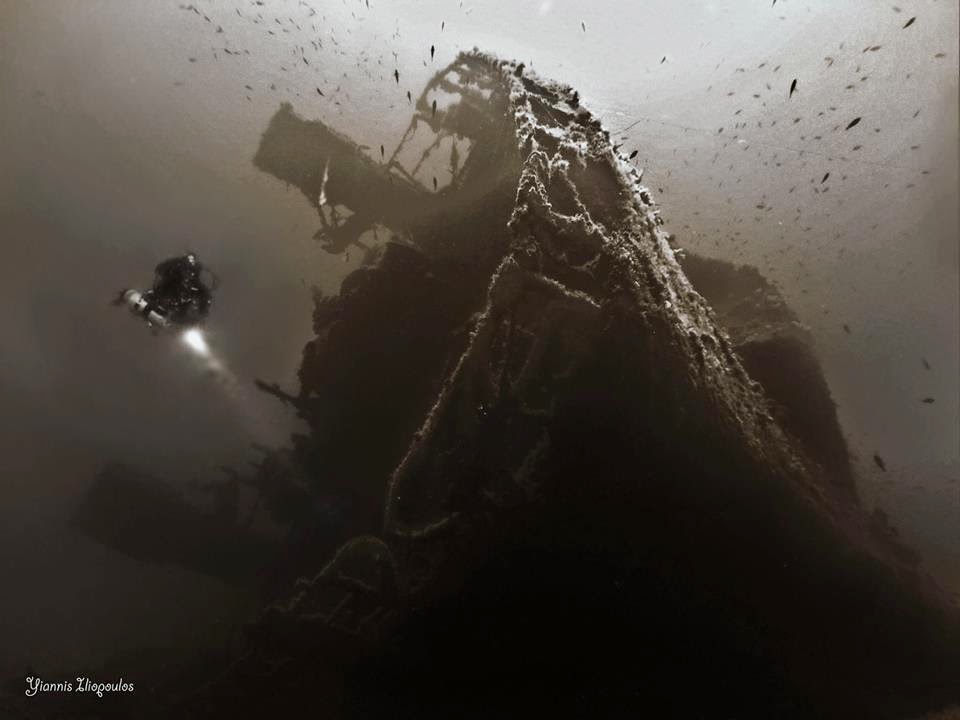 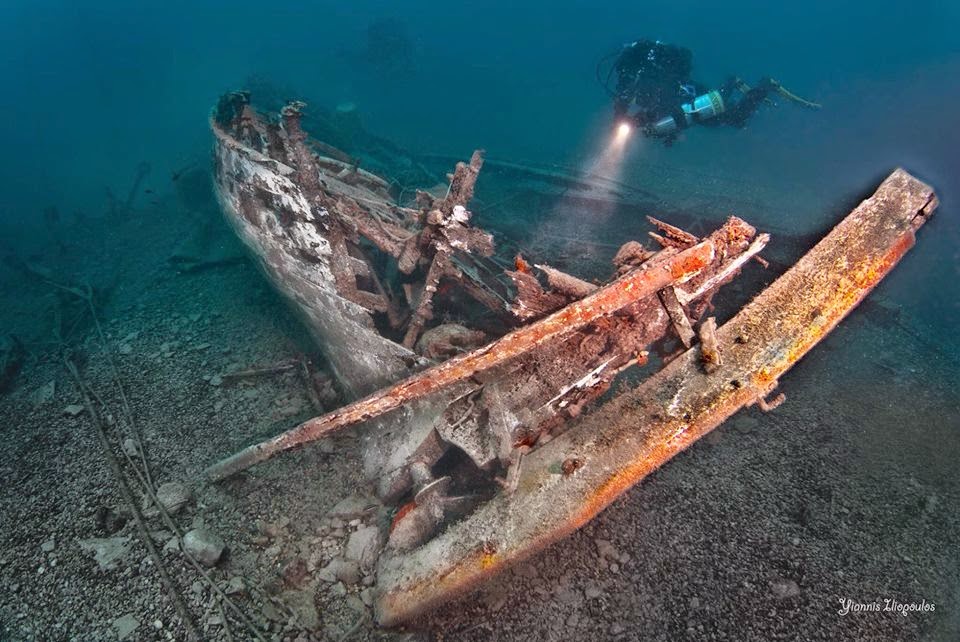 Even if wrecks tend to dominate the scene, I would like to close this article with the often overlook able staff. The small stuff. The Aegean and the Ionian Seas have a wonderful collection of nudibranches, crabs, sea horses which can steal the show from the octopi and moray eels. 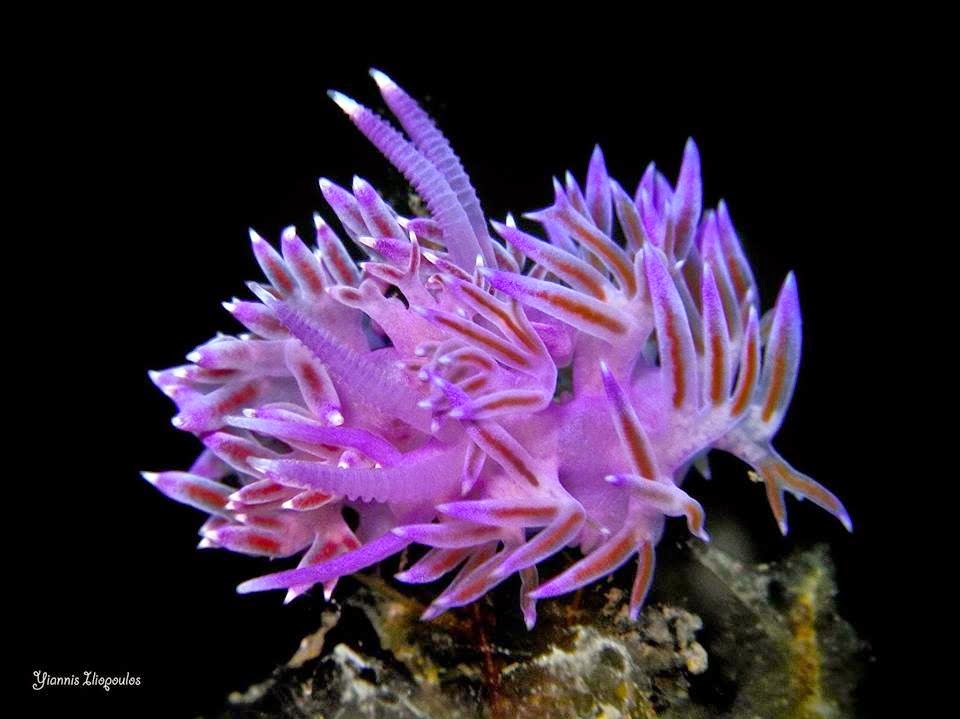 With their stunning colors and amazing shapes and forms, they remind us of old romantic times when bigger was not always better.

Life out of the blue - Artificial Reef 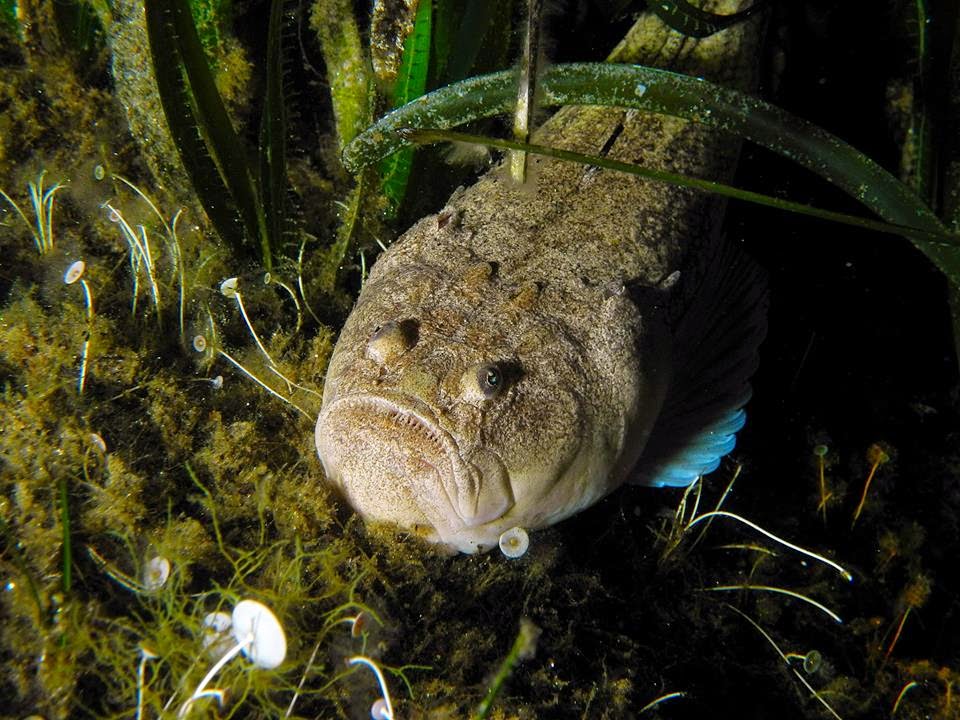 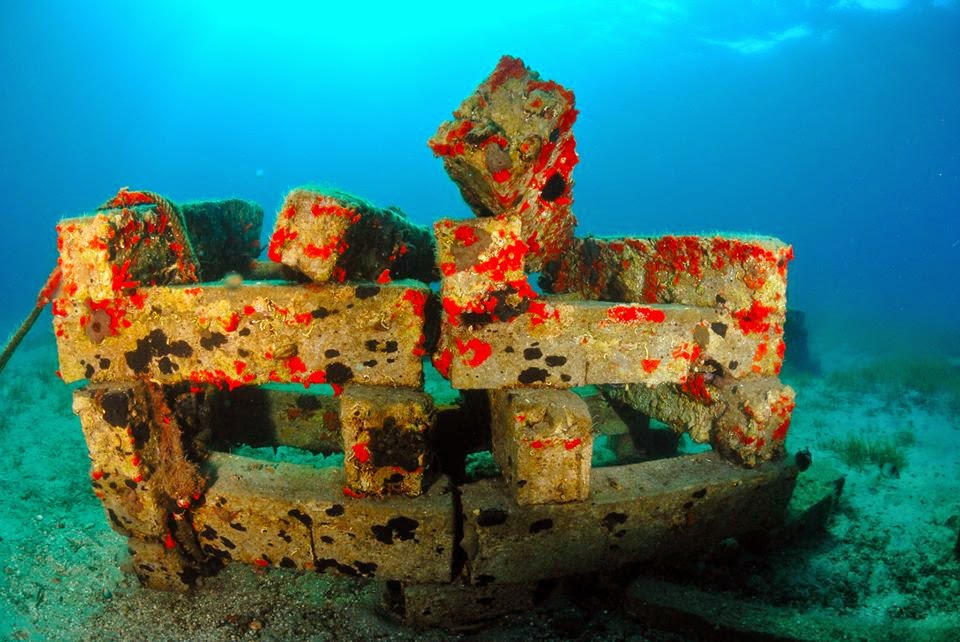 In 2005 we constructed an artificial reef in front of our diving center, at 7 meters depth using concrete blocks and stones. Our purpose was to study the growth of underwater life and to provide a more interesting environment for Discover Scuba dives, night dives and courses..

We couldn't imagine that after 10 years this place that we named Magiatika(Greek for greater amberjacks) will become a house for numerous species of marine life. Jacks like Trachinotus ovatus 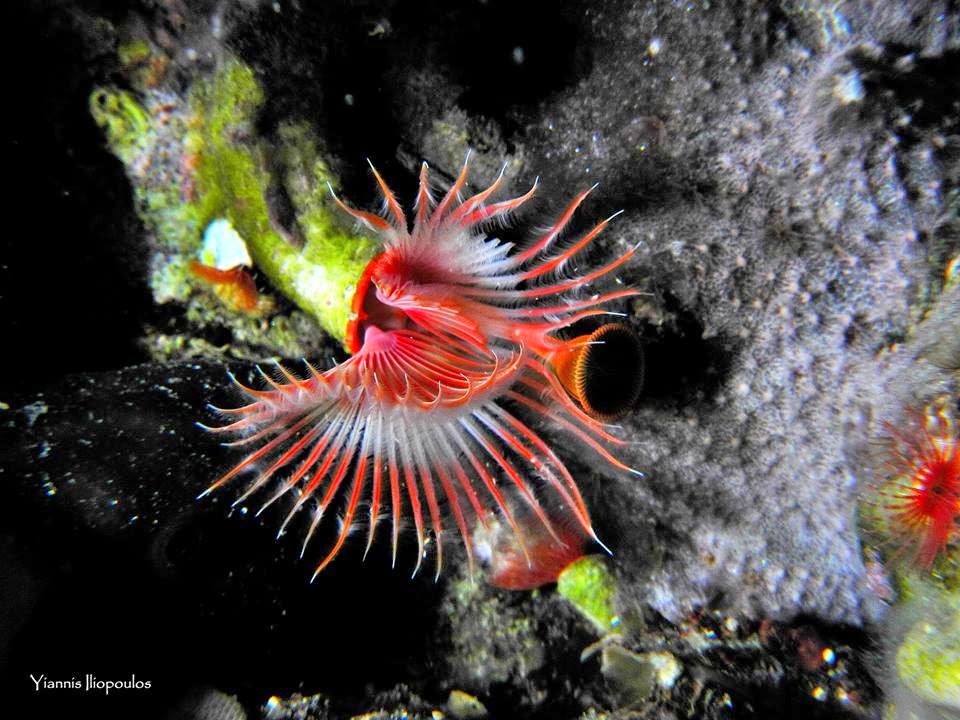 and coastal fishes are visiting almost every day,

breams, and various sea basses, flat fishes, wrasses and reef fishes can be spotted all day long. Scorpion fishes are a frequent attraction like Largesclaled scorpionfish Scorpaena scrofa and a Small red scorpionfish Scopraena notata. We have seen also small rays especially Dayatis pastinaca. In 2013 brought along moray eels too,specifically a young mediterranean moray that stayed all summer in the Park.
Crabs are walking on the stones, Gastropoda, bivalves and Cephalopoda are increasing in number almost all of the built blocks are occupied by octopuses, of the common Octapus vulgaris and the white spotted kind Octopus macropus. Although they usually
keep in their holes, observing passers by, sometimes they are playing 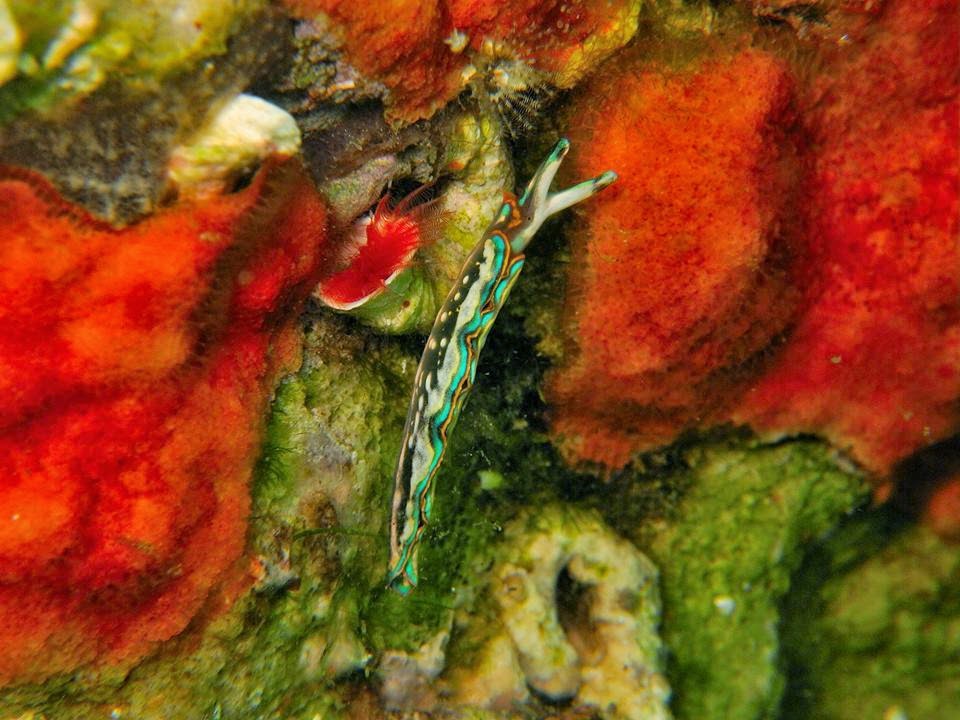 with the divers by extending their legs. We don't disturb them but since we see them daily, a simple hello is enough.Expect to see 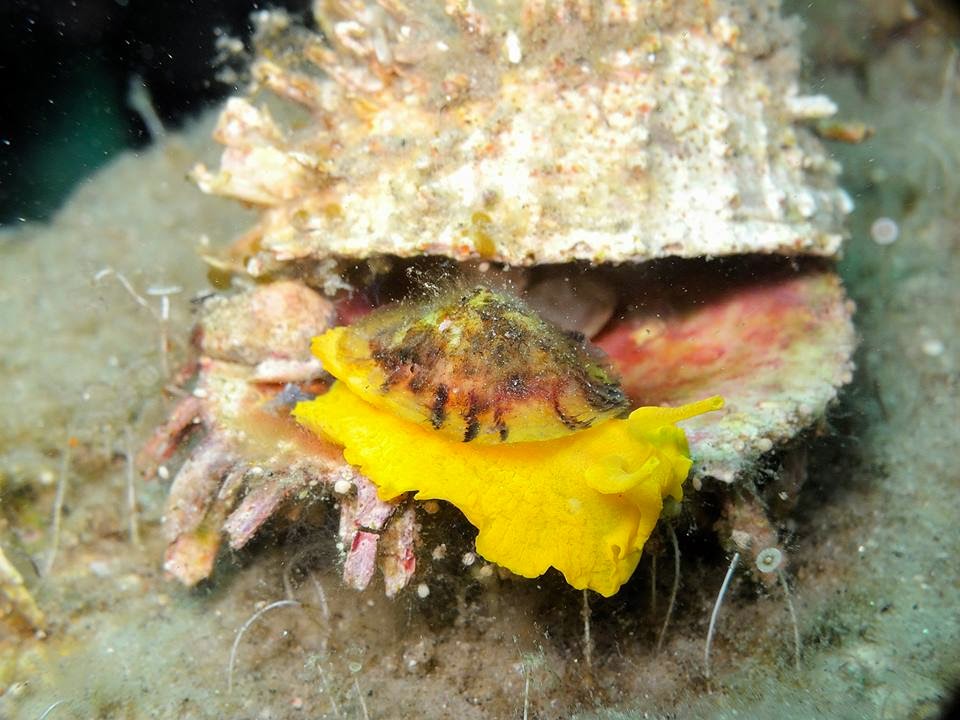 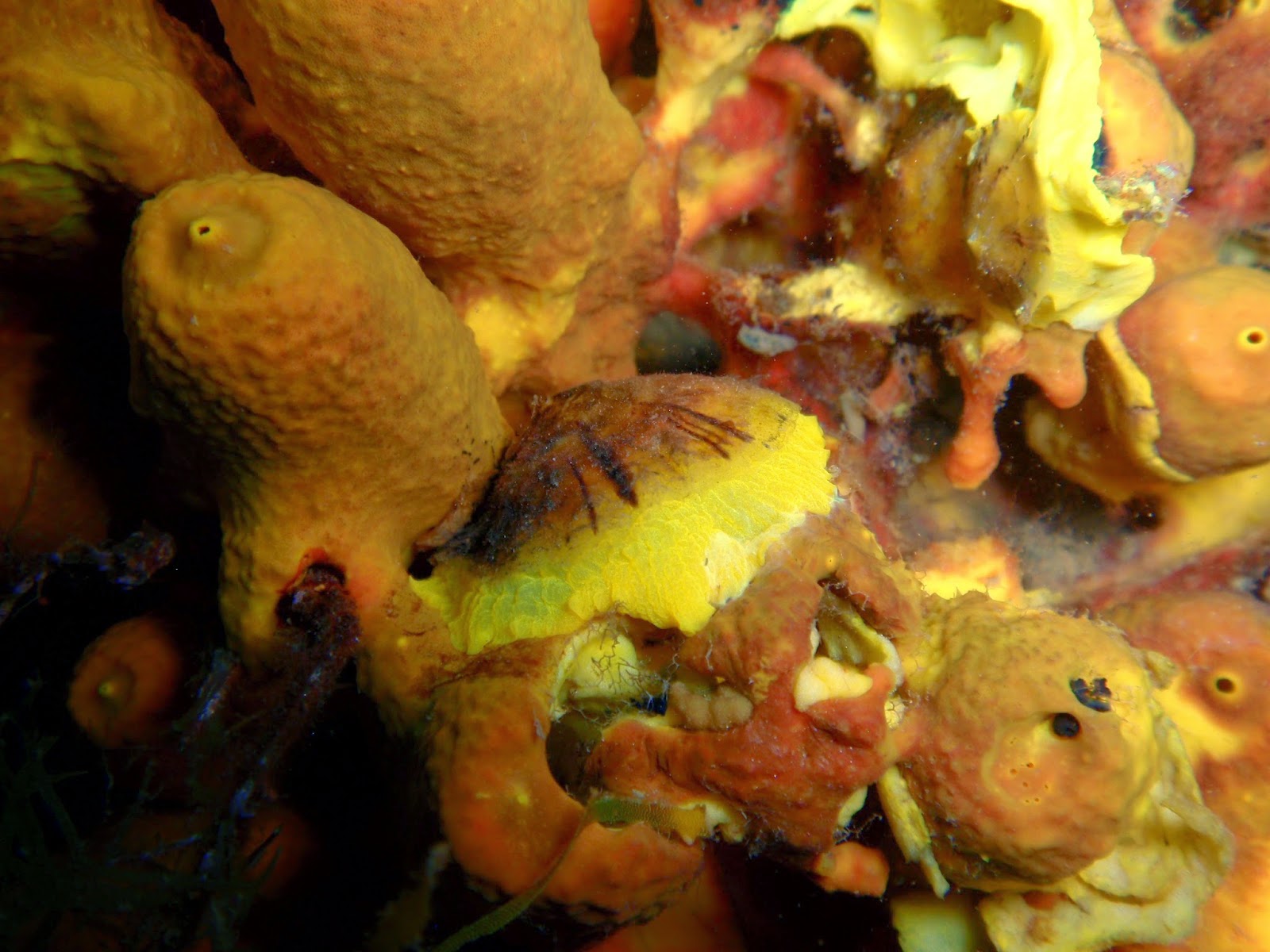 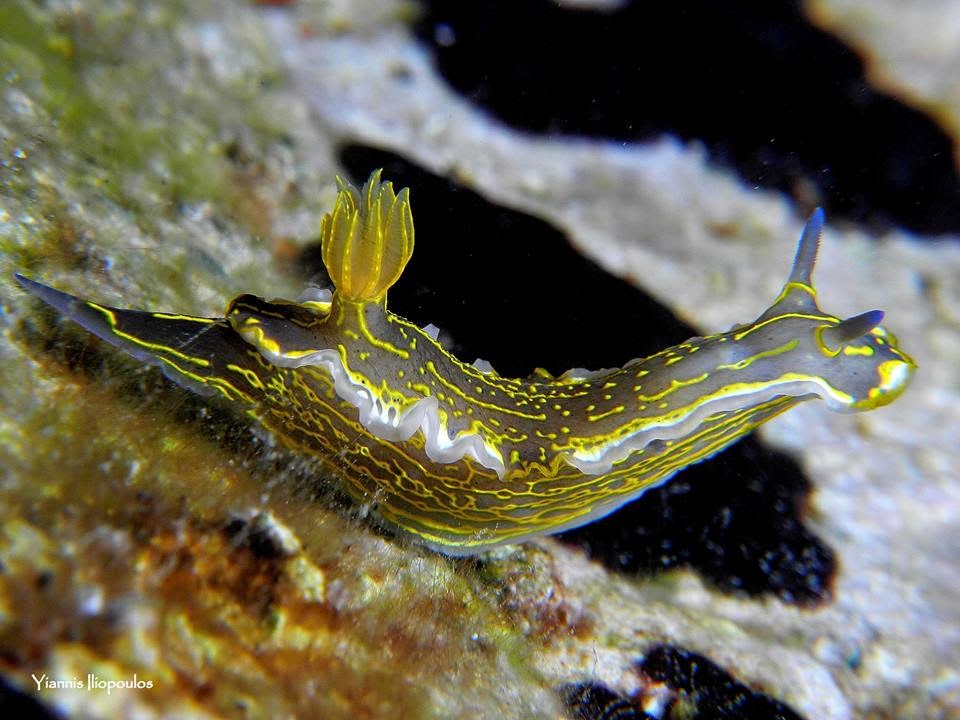 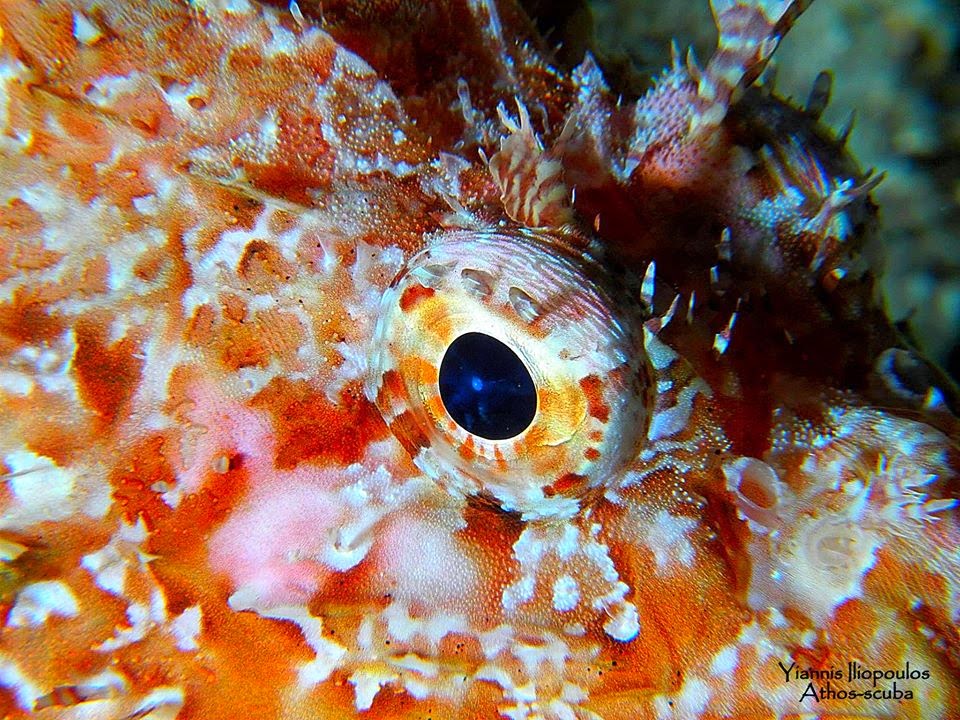 all of them inhabited the house reef.  During a night dive we are happy to see also european eels and shrimps like stenopus spinosus, sepia officinalis and Loligo vulgaris.We are trying to preserve the natural habitat by not intervening or keeping species passing by that's why we don't feed them. We only protect the place, especially from ourselves, by not touching or bumping on the blocks. Magiatika dive site has become a unique spot for relax dives, macro underwater photography, DSDs and  night dives!!